The River Seine is a magnet for tourists, yet the Canal Saint-Martin is the more compelling hangout for residents. The 2.9-mile (4.6 km) waterway was built to bring fresh water to the heart of the capital but now provides an escape from the glamorous and overcrowded parts of Paris. Read here what there is to see and experience along the canal.

Perfect for idle strolls, the canal cuts through voguish neighborhoods and is known as an avant-garde hub for creatives. It’s the sort of place to find street art, vintage clothes stores, and hip bars jostling for attention amongst charming Parisian cafés and bistros. Immortalized in movies like Amélie and Hôtel du Nord, the picturesque canal and its surroundings are an absorbing side of Paris that should not be overlooked.

My TOP 5 Highlights along Canal Saint-Martin

Quartiers like Montmartre and the Latin Quarter were once the creative heart of Paris. The center of that universe has long shifted away from those tourist centers to places like Canal Saint Martin. The French coined a term for the type of neighborhoods around there: bobo, short for “bourgeois Bohemian.” During daylight hours, this is an area to exercise, relax, and fill your lungs with fresh air. There’s no shortage of green spaces in the many parks nearby. At night, the area around Canal Saint-Martin lights up with a heady mix of students and residents letting off steam. Pickpocketing is a rising nuisance in this area, corresponding with more tourists and drunken revelry. Otherwise, there is little to worry about and plenty of reasons to spend time around the canal.

How to get to Canal Saint-Martin

Within walking distance of Canal Saint-Martin are several major rail hubs. There are also numerous Métro stations in the area, with several that land you close to the waterside. Here’s a list of the most convenient.

Canal Saint-Martin is a prime destination for visitors looking for a compelling urban walk. Along the route, there are plenty of reasons to branch off. Hidden amongst residential areas are some of Paris’s best green spaces and contemporary restaurants, alongside some cutting-edge cultural venues. Here’s a selection that typify the area.

Best attractions along the Canal Saint-Martin

There is much to discover along the Canal Saint-Martins. We’ll tell you here which sights are worth a visit.

There are many things to do around Canal Saint-Martin. Here you can find the best tours.

Bordered by residential districts and serving as a focal point for easygoing nights out, you will find restaurants, hip bars, and neighborhood cafés for every taste and budget in the area. Read on to learn about some of the best restaurants and cafés around Canal Saint-Martin.

You want to visit a really exquisit restaurant? Here you can find our restaurant tips for Canal Saint-Martin.

There’s no shortage of hip coffee shops and casual cafés around the Canal Saint-Martin. Here’s our top pick of the bunch.

The is not an area to find souvenirs. But as Canal Saint-Martin stretches through two fashionable arrondissements, there are some trendy shops and many artisan food sellers to be found. Here is a selection of the best close to the canal.

The finest art galleries and museums

Several big-name art galleries and museums are near Canal Saint-Martin, especially in Le Marais. As you head north along the canal, the artistic energy shifts to more avant-garde offerings. To give you a flavor of what to expect, we’ve listed some highlights that epitomize the spirit of the quartiers branché (trendy neighborhoods).

The most beautiful hotels

Canal Saint-Martin cuts through densely packed residential areas. It is also near several train terminals serving France and Europe and some tourist-friendly city squares. This creates a diverse mix of budget hotels and more boutique offerings in the trendier parts.

The story of Canal Saint-Martin begins in 1802 when Napoleon Bonaparte (then First Consul) ordered the construction of canals to provide Paris with fresh water. With a hint of irony, the new canals were subsidized through a levy on wine. The 2.9-mile (4.6 km) Canal Saint-Martin connects the Bassin de la Villette with the Seine. Constructed at the same time was the 67-mile (108 km) Canal de l’Ourcq, which links the basin with the suburbs of Paris. With almost half its length channeled underground, constructing Canal Saint-Martin took 23 years. Nine locks, three tunnels, two swing bridges, and two new ports were needed to make the canal navigable. There are also two quays on either side of the canal, now used by pleasure boats.

The history of the canal is largely unremarkable. By 1960 the waterway was at risk of being filled in to make way for more roads. But serving as one of Paris’s ‘green lungs’ earned the canal a reprieve. Over time, the area became popular with students and artistic communities. In recent years, the romance of the canal and its picturesque bridges combined with a preponderance of bars and restaurants has seen the canal emerge as a tourist attraction. Notoriously dirty, the canal hits the news every 10 years or so when it is drained for deep cleaning. The curiosities that emerge from under the water invariably intrigue and disgust local residents, reminding them why they should never take a dip in the canal. If you’re planning to hit the summer bathing pools in Bassin de la Villette, don’t worry — the water is cleaner and tested daily for safety.

Is Canal Saint-Martin easy to explore on foot?

Yes, it is a joy for walkers. Pathways line either side of the above-ground sections, notably after Place de la Bastille. And bridges make it easy to cross the waterway if there are things you want to visit on the opposing side. There are also plenty of Métro stops nearby, which can help break up your journey or whisk you to some of the highlights in neighboring quartiers.

The canal’s growing appeal to tourists has encouraged pickpockets to operate in the area, so stash your belongings securely. Otherwise, this student-heavy area is generally calm and safe, as long as you stay on dry land.

Canal Saint-Martin is a recommended destination for budget-conscious travelers who enjoy staying in less touristy parts of a city. If you plan to stay in the area, you will find many decent, inexpensive hotels and restaurants. Best of all, parks and lively quartiers are within walking distance, and convenient Métro and rail stations make it easy to see the rest of Paris.

Canal Saint-Martin cuts through the 10th and 11th arrondissements and several notable districts. Place de la Bastille is where the overground canal emerges. The square was once home to the infamous Bastille prison and is close to Paris’s leading opera house, Opéra Bastille. You can also easily reach the elevated plant-lined walkway, the Coulée Verte René-Dumont, from Bastille.

The colorful Le Marais district sits west of the canal’s midpoint, giving easy access to leading attractions like the Carnavalet and Picasso museums. In the opposite direction, a mile from the canal, is the haunting Père Lachaise Cemetery, an itinerary-topping destination for many travelers. Continue heading north through the Quartiers Folie-Méricourt and l’Hôpital-Saint-Louis (home to the 17th century Saint-Louis Hospital) and you’ll pass through some pleasant residential areas. Scenic parks are dotted around the neighborhoods, including the wonderful Parc des Buttes Chaumont in the 19th arrondissement.

North of Canal Saint-Martin is the Villette district, home to the attractive La Villette park and a cultural hotbed of museums, concerts, and (free) open-air cinema screenings. It is impossible to see everything of note around Canal Saint Marin in one day, underscoring why the area has become increasingly popular with shrewd travelers.

The Essential Travel Guide to Saint-Germain-des-Prés in Paris

The Travel Guide to Île de la Cité in Paris

Île de la Cité is the place where France began. Once the home of Roman...
READ MORE

An Insider´s Guide to Montmartre of Paris

All you need to know about the Champs-Élysées Paris

The Champs-Élysées quartier is a byword for urban sophistication. Centered around the striking Haussmann boulevard,...
READ MORE

A Full Guide to the Montparnasse Neighborhood in Paris 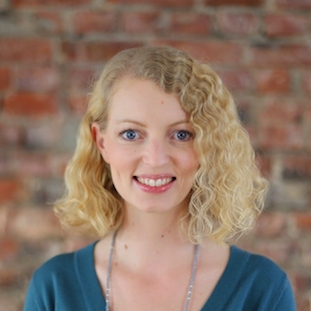